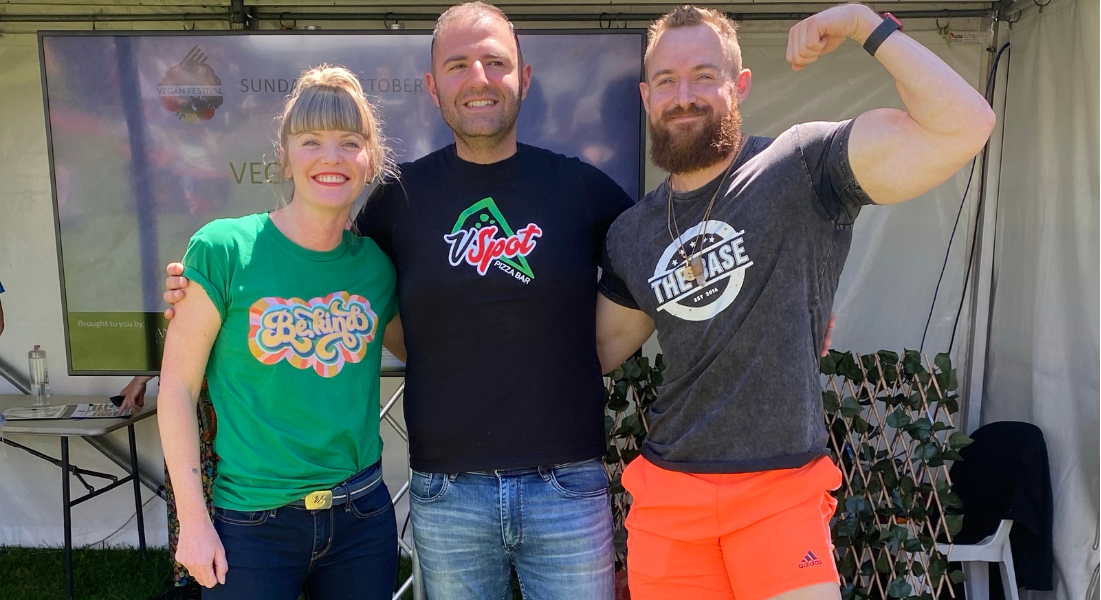 How do you feel when a goal you have waited too long to achieve is complete? Happy, deflated, blah?

In the words of Winne the Pooh ‘how lucky am I to have something that makes saying goodbye so hard.”

So for 2021, we say goodbye to The Vegan Festival Adelaide – an event like other. Despite the COVID restrictions in place this year which resulted in a cap on numbers each day the festival was bursting with like-minded and vegan curious individuals who were looking for education and support on their continued or new vegan journey.

It was noted that around 34% of the people attending the festival were veg-curious; this group of individuals wished to attend a festival to help open their eyes to what it takes to live a vegan life.

The stall holders were varied; from not-for-profit organisations to small business owners who are striving to produce goods that equally share a cruelty free message as well be being made under conditions that are sustainable, ethical, and most importantly cruelty free.

The festival housed under one open roof food vendors, stall holders, workshops, cooking demonstrations and a main stage that opened our eyes and ears to music and important discussions with the game changers of the vegan movement including that of Andy Meddick MP, Animals Justice Party.

Yep, a politician but not your average politician, he’s about action, positivity and making real change to help those who don’t have a voice – he’s for the animals and the environment.

There are just some people’s stories that sit with you long after you have heard them speak and this is one of them. I was encouraged by Andy’s passion for action and the growing list of change he has implemented so far but most importantly, the list of what he is still fighting to change in parliament – there is no end to what we should all keep fighting for.

The weekend also gave me an opportunity alongside my workshop partner, Samuel Mussared, a Natural Vegan Bodybuilder to promote the power of plants when adopting a fitness/endurance lifestyle.

We talked Veg Athleticism – the growth of mind & body. It was plain to see the growth of body standing next to a natural bodybuilder, and here I was thinking my quads were big! But the gains of the talk were had when we discussed the similarity of training, the commitment, consistency, and confidence you need to work towards your goal and execute them when it matters the most.

Most non-runners will first complain of sore knees contributing this pain to the reasons why they stopped or are hesitant to start running. But it’s not the load of running that is the problem, it’s the weak foundations of the body that is unable to withstand the load that is the problem.

There was much interest from the audience to understand from a vegan athlete the burning questions of: how much protein do you need to support your training and recovery? We both answered this the same, not as much as you think.

The workshop talk was ended with one last question from the facilitator of the workshop “so if I, as a sedentary person, a little overweight wanted to run a 100-mile race or compete in a body building competition how long would it take for me to get into shape?”

In short, 2 years for endurance running and 40-weeks for natural bodybuilding.

The Vegan Festival Adelaide gave Planted Life the opportunity to speak our truth and to share our experiences when it comes to running 100% powered by plants. It also gave the audience an opportunity to ask questions and feel first-hand the energy in the response further highlighting the pure passion and commitment to this lifestyle.

If you were unable to attend the festival and have a question to ask regarding Veg Athleticism, then I invite you to reach out and ask away. There should be no fear or hesitation when it comes to powering your athletic goals from plants.

If you missed the festival and talks the amazing crew at the festival recorded it all so now you don’t have to miss out.

All are available to watch now on You Tube. Links below.

Are you faking kidding me?
Something for your MIND