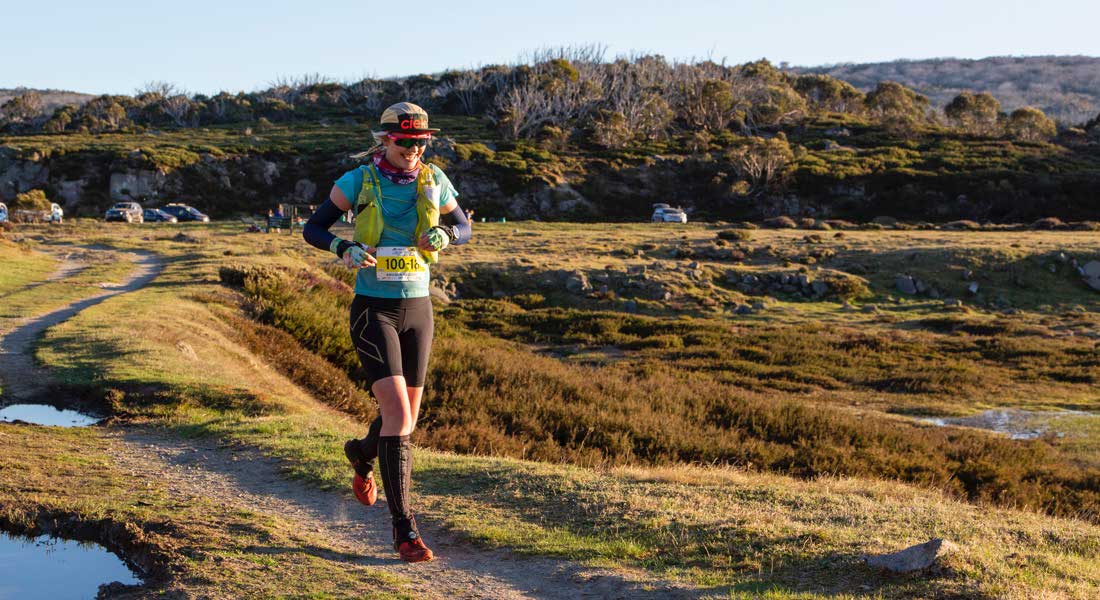 How to run Alpine Challenge

How to run Alpine Challenge

“…..Whilst the event organisers can take action to reduce risk to participants, they cannot eliminate it, as a result runners need to be prepared to run in all conditions  – including running in storms, snow and at night.”

Welcome to the running of the Alpine Challenge, Falls Creek, Victoria.

Each year in Alpine region of Victoria the Alpine Challenge is run; this race offers four equally as challenging distances – 100mile, 100km, 60km and 36km. Given the cut offs for these distances it’s a sure sign that these races are not for the faint hearted or ill trained. These races are for individuals who are savvy with the region, have solid navigation skills and most importantly aren’t averse to changes at the last hour. The last point being the most important of them all.

Being the fractured year that 2019 has been the decision was to enter the 100km event as opposed to the 100mile. It was coming up to 2 years since I ran my first 100mile event (113 miles to be exact) and I was eager to explore that challenge, suffering and pain again however my body was telling me otherwise so with a wise and experience head, I committed to the 100km distance, a decision I was thankful for in the end.

I had run a 100km and 110km earlier in the year in worse physical condition so surely running 100km in the Alpine region 90% free of injury was going to be manageable and somewhat enjoyable. Well I was about to find out.

I thrive in a 100km distance, I find it more “pleasurable” than a 5km Park run but that’s just me. I feel a certain comfort when I embark on an endurance race that tests all my senses, I come out the other side with a new level of growth which helps shape me as a Planted Runner and individual.

The greatest attribute needed for the Alpine Challenge is adaptability and flexibility, without this you will start on the back foot before you have even begun and this can be extremely stressful when running in the unpredictable nature of the Alpine region.

Three major changes to the 100km course were implemented before the horn sounded starting the race at 4:30am on Saturday morning:

6:30pm Friday – Advised course was now set to be around 120km due to the introduction of a new course route taking in the descent of Bon Accord and Diamantina Spur and the ascent of Bungalow Spur and Mt Feathertop

4:30am Saturday (race day) – Course change once again, race now starting at 5am with the rerouting of the course for the 100miler and 100km to now go in reserve across Heathy Spur onto Pole 333 and then a loop through Harrietville and Mt Feathertop.

Confused? Yep that was majority of the runners especially those who were running the 100km course. Did you have to think on your feet? Hell yes. Did you have to keep a clear and calm head? Sure did. And did you have to have faith in your navigation skills knowing the course was “light” in course marking because ‘why would the Race Director make it easy for you?’ Absa-fucking-lootly!

The old and the new course

Despite 2018 being rerouted due to unseasonably late snow fall, this year we were plagued with fires and warm weather which for me can unravel my race pretty quickly if I don’t have access to adequate fluids.

Pretty early on into the race I developed a UTI (urinary tract infection) which had me a little worried; I know fluid intake was instrumental in order to keep this condition in check and by chance I had put some coconut water into my drop bag which I was able to skull when I reached the Loch carpark….around 35km into the race which helped the condition and hydration.

There was 20km of the race where water was scarce and being the hottest part of the day, I remember the sun beating down on me and me sipping very conservatively from my water bladder and soft flasks which contained both coconut water and coke.  I had 3L of fluids and for me, this was not enough.

During this time, I also had to get solid food in but when you are as thirsty as hell a word of warning – don’t eat peanuts or pretzels. This just resulted in heart burn and what seemed like paper mache awkwardly moving about my mouth. I also had a wheat wrap filled with avocado and vegemite however the wrap was just too ‘wheaty’ and just stuck to the roof of my mouth – thankfully at this time, there was no one around me to see this train wreck of nutrition happening.

Health is your #1 priority

With an amazing support team around me at a few of the key checkpoints (namely Jess) I was I good hands when it came to my health. I knew if things got really bad I would be sensible enough to pull myself off course but managing fluid intake helped flush the system and by the end of the race I can confidently say I was in pretty good physical health.

This race was nothing short of a challenge, I guess it’s all in the title. Nothing about this race seemed to come easy and the execution of the 100km distance certainly tested me and my trail running abilities.

Turn this race on its head and if anything, it was the perfect launch pad for the 2020 season; although I could do without the numerous sighting of black snakes, in particular the one I stepped on running out of Washington River.

Despite being out on course longer than I expected, as I ascended Westons Hut bound for the open plains of Pole 333 I caught sight of the most memorable sunset. At this time, it was a ‘fuck it’ moment and the iPhone came out to take a few snaps of what was happening around me.

Rarely does a captured moment of time revel the emotions you were feeling when you pause that moment through image however something still makes you take the shot in order to trigger that feeling, that moment when you reflect days, weeks, months later.

The image I think of when I reflect on this race is the burnt colours of the trees when the sunset over the mountains, the snow-capped mountain side as I summited Mt Feathertop and the breathtaking 360-degree views of the Alpine region untouched by man-made buildings or roads; it was just mother nature in all her naked glory. Only views like this can be experienced when walked (run) in by foot.

I never take for granted the choice I make to run these events as well as never taking for granted the role of a race organiser to create such a brutal yet beautiful course. These races allow you to play amongst giants, to connect with like-minded souls who are searching for the same hurt that I am.

I am thankful for my ability to step outside my comfort zone and play in natures playground for a good part of a day. I am thankful for sun rises and sunsets and all that happens in between. But most importantly I am thankful I have respect for time and the present moment.

Would I run this race again? Ask me that same question 85km in the answer is a confident ‘no’ but ask me upon crossing the finish line and the answer is a confident ‘yes’. Races such as these leave you with unfinished business so you will see me on the start line in 2020 running whatever course gets presented to me for what I have learnt is, my greatest training tool and gift is adaptability.