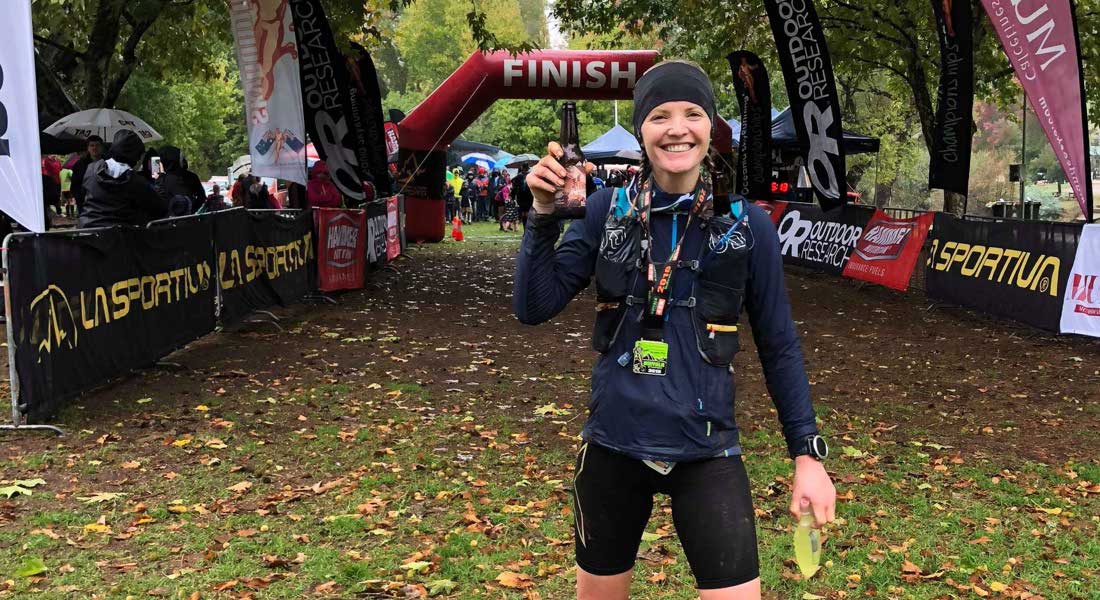 How to run Buffalo Stampede

How to run Buffalo Stampede

Buffalo Stampede is held yearly in the Alpine region of Victoria in and around the township of Bright. There are various distances to choose from ranging from the 75km Ultra SkyMarathon, 42km SkyMarathon, 20km SkyRun, 10km SkySprint and the mother of the weekend, Grand Slam | KOTM which incorporates over three days distances of 20km, 75km and 42km.  All these runs have the commonality of unique scenery, gnarly ascents/descents and unpredictable weather. This race like most to the events Mountain Sports offer Buffalo Stampede is as brutal as it is beautiful.

This is not a race for the faint hearted; you need to befriend hurt and accept that come race day mother nature might have a different agenda to you. The rules of this race are; “don’t worry about the things you can’t control, focus on the things you can.”

2017 was the first year I ran this race and despite having trained in the Alpine region and surrounds, this race left me a little shell shocked. Despite the shock, I was still eager to sign up in 2018 as if you know anything about me by now, you know I like to hurt. As I put together my 2018 race calendar, Buffalo Stampede SkyMarathon was one of the first to be locked in, for me this is the perfect lead up race to UTA in May.

Each year the one thing you can guarantee is the unpredictability of the weather. The conditions this year couldn’t have been more different to last year; 2017 was hot, hot, hot and my major issue during the race was lack of water however fast forward a year and the major issues facing me were mud slides and hyperthermia.  I had kept a keen eye on the weather during the week; Monday to Friday the weather hovered around 22 degrees with sunshine and blue skies but Saturday and Sunday read a very different picture. Grey clouds, frost, snow warnings and rain – we were not going to be as fortunate as the previous years but this was not to dampen the enthusiasm come race day.

Before the race had even begun we were sent various messages to prepare us for what was ahead:

“TRAFFIC WARNING There’s a lot of debris on the Mt Buffalo Road this morning, including small fallen rocks. Wildlife are also out. Take extreme care and be patient as you drive up. We all have the same goals today.”

“SAFETY THIS MORNING: Buffalo is a huge granite mountain. During the event you run over several large slabs of rock, especially around Mackeys. We advise runners to be extremely careful on Mt Buffalo today, choose right shoes and be very patient with the people around you.”

Then as the race was about to begin:

“Chilly marathon start: 3 degrees, rain and wind.” If you were a nervous runner then the nerves were peaking just about now and the mind was going into overdrive but what you needed to do at this time was keep calm, call upon all your confidence and trust yourself. This day was going to be a little unpredictable and although we safely made it to the start line, getting to the end was still very much the unknown.

The course had been changed slightly for safety reasons; the race organisers had our best interest at heart and they wanted to see 100% of the runners finish the race in good health and the way to do this is to modify the course to ensure this happens. The race was now 39km instead of the planned 42km.  A massive thank you goes out to the team at Mountain Sports for always having our back. Its a tough job so thank you for taking the reigns and controlling the mothership.

Most memorable parts of the course

Thankfully I had trained in conditions just as horrid as race day, I am far from just a ‘fair weather runner’. I don’t mind braving the elements, if anything it gives me a special kind of race armour that makes me a stronger more determined runner. I started the race wearing and carrying:

Very early into the race, about 4km I had removed my gloves despite it being around zero on the top of Mt Buffalo.  After starting the race at pace, the first part of my body to start to over heat was my hands. From there around 11km into the race, after the descent from Mt Buffalo to Eurobin I had removed my rain jacket. The rain had eased and slowly I was self combusting from the inside out so layers had to be removed.  Ideally I would have removed my merino top but at the time of derobing it all became too difficult to take one top off to remove another to put another back on….easier to leave on but that was a decision I regretted the remainder of the 39km race.

I also regretted carrying and trying to use my poles. In 2017 I ran the race just fine if not better than some of the runners who were using them but with the conditions a little muddy and wet underfoot I decided at the last minute to include my poles in my gear as I thought they might help give me traction up the muddy mountains. I removed them from the pack to use them on the first climb out of Eurobin. Regret number two. Anything that involves moving parts or some sort of construction can assist with derailing your race and my pole were the cause of about a good 10min delay. I couldn’t construct one of my poles, as much as I tried I just couldn’t get it to click into place, I slowed to a stop and then gave up. I used one pole for about 5 minutes before asking a fellow runner to tuck my poles into my pack, they were done for the day. Short and sweet. What a waste of time.

You can’t stew over things that don’t go to plan, you have to sit with it but only for a short time and then move it. Sit with it too long and this can really ruin your day. Yep I was pissed but I have changed up the problem so time to put the head down and continue the race. I know for 2019, poles are definitely not needed.

Not all races go to plan but when the plans don’t work out, you need to adapt and move on. Running teaches you many life lessons and if you pay attention, you will be an ‘A’ student at the end of the race if you listen, notice and move on. Trail running is definitely more complex than road running and when you add in Sky running the complexity reaches an all time high. This race is one to be experienced, if you love a challenge both physically and mentally then this race is a must for your race calendar.

2018 can only be summed up as ‘a race where no-one told you off for playing in the mud’.

To read more about Buffalo Stampede and to sign up to other Mountain Sports events click here.