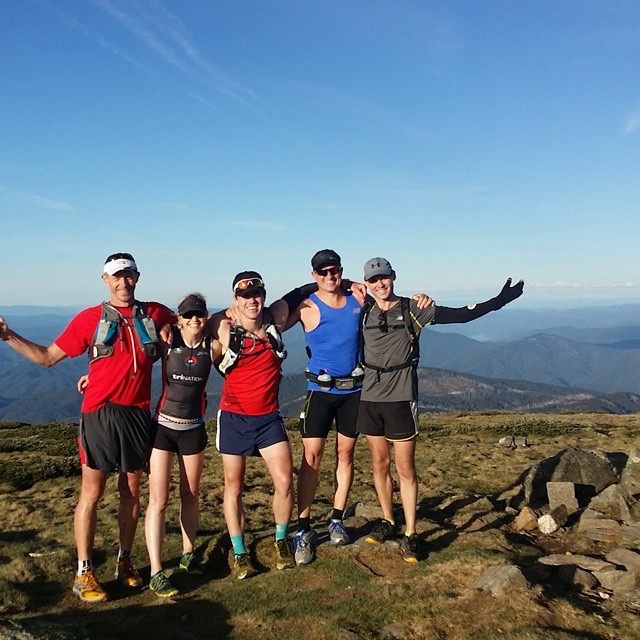 What challenge have you set yourself this year? OK so we can’t all do an epic event like this especially as each of our challenges and goals we set ourselves are so personal but this goal is that of Craig Percival, No Limits Endurance.

When I started running at thirty-four my goal was to run 11km from Waterloo to St Leonards across the Sydney Harbour Bridge non-stop. I’m not exactly sure how long it took for this to happen but one day it just happened. I kept at it, I kept running, walking, running, walking until the only time I slowed down to a walk or a complete stop was when I reached a set of traffic lights or the stairs leading up to the bridge – stairs are still my nemesis to this day.

From there more goals were set, I wouldn’t say they got bigger they just became more than my ability at the time. The thing is, we all have limitations. Limitations we set ourselves and what we need to recognise is how to push past what our mind tells us we are capable of to see what’s on the other side.

I have known Craig for over 2 years and during this time he has been instrumental in me pushing myself outside of my comfort zone. As my coach and personal friend, his ability to make you believe anything is possible is contagious. In the time I have known Craig I have:

Its hard to say if I would have done all of this if I had not met Craig but its obvious he saw a determined athlete in me and encouraged it to come out to train and race, even if I didn’t see it myself.

It’s not only Craig who has motivated me but those I train alongside of on a weekly basis. You are only as mad as the company you keep and I’m happy to say, I couldn’t think of better company to be keeping. And yes, we are all a little mad but I wouldn’t want to be anything else.

I will be supporting Craig on the Adelaide leg of his 8in8in8 alongside Lindell his wife who is number one crew and support. An ironman is an individual sport but one cannot do all of this without a team around you. Its going to be pretty special to see Craig on the third day of his challenge and hopefully I get to run alongside him in the marathon celebrating with him as his watch clicks over to 42.2km.

Why is Craig doing this?

As well as setting a very personal goal both physically and mentally, Craig is raising money for The John Maclean Foundation with a goal to raise $80,000 to buy wheelchairs for the young.

Motivation will come from deep within during this event but will also come from knowing that the awareness raised will help those who are more disadvantaged than ourselves. The kids who will benefit from the funds raised will never run a marathon but this doesn’t mean they won’t ever participate in one. It all comes back to how much we limit ourselves.

In the words of No Limits Endurance, You can achieve anything.

The dates in which the 8in8in8 are taking place are:

Visit the 8 Ironmans in 8 days around Australia facebook page for further details about event start times and how you can be involved.

To donate to The John Maclean Foundation please visit https://8in8in8.everydayhero.com/au/8in8in8 and give generously, every cent counts.