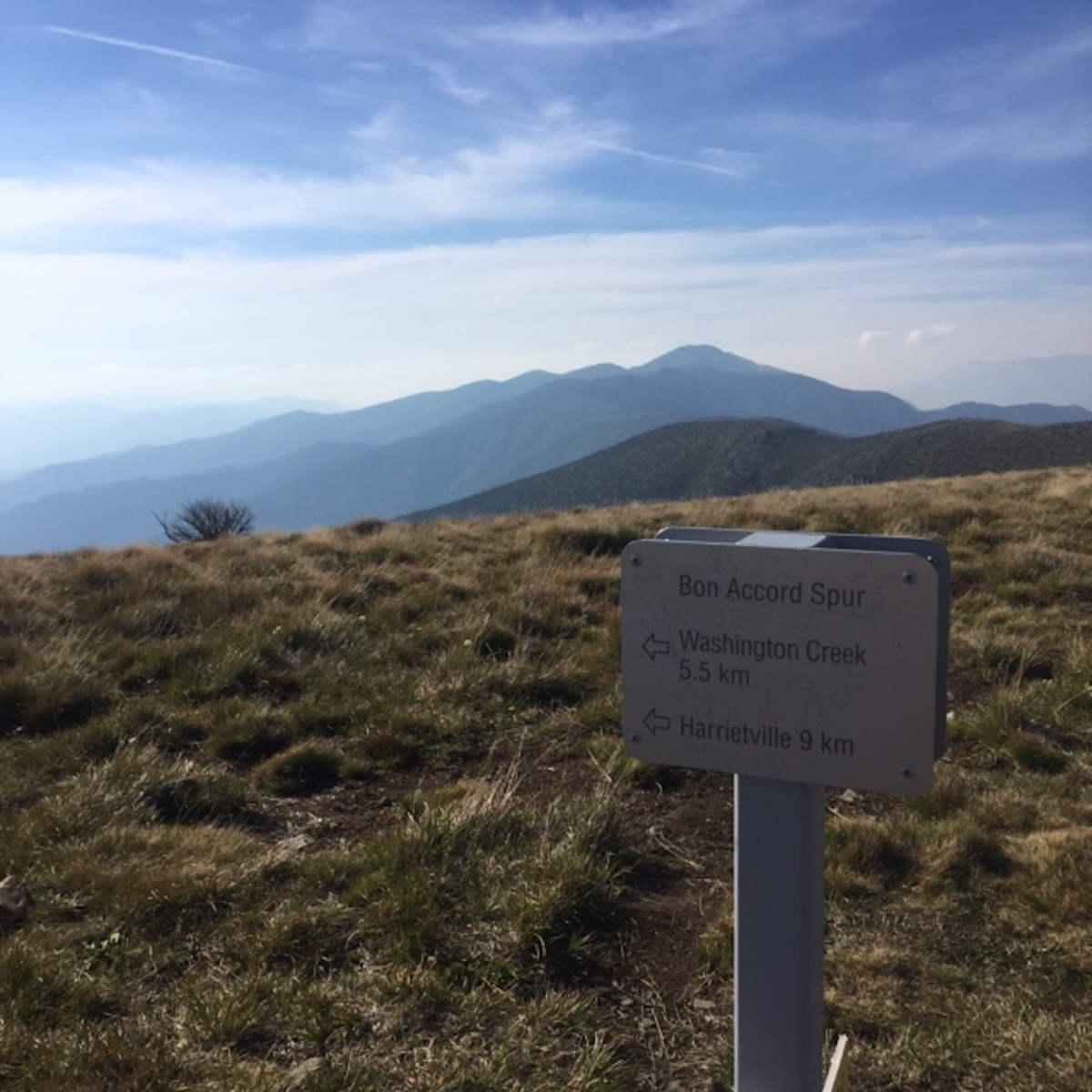 The plan was to climb three mountains in three days. As a vegan athlete questions are often raised about your energy levels, your stamina and your ability to survive without a steak to top up iron levels or better yet, whey protein to build muscles.

As I left Melbourne heading towards the Alpine region of Bright, I sipped away on Pure Sports Nutrition hydration and tucked into a warm vegan protein rich muffin from Urban Projuice excited by my training long-weekend ahead.

These mountains were being walked, run and climbed to help me on my quest to race Ultra Trail Australia 100km, 14th May and I was pretty excited about the challenge ahead. Who wouldn’t be? Mountains are equally as exciting as they are harrowing.

This was my first time running Mt Buffalo; I have certainly ridden my bike up here a few times and with the road distance being around 21km, it’s easy to do the maths here – the trail was going to be tough.

In 2km you ascend, 1000m so lets just say my calves were on fire and at times it felt like the end was never in sight. But with any mountain, you just need to keep putting one foot in front of the other. Eventually the mountain flattened out and the run to the top was as dramatic as you would expect.

The descent was fast and furious, beautiful sweeping trails and then a quad burner as you reached the last 2km back to the Eurobin car park. This run was certainly a good way to start the weekend of training.

Elevation gain – 1652m
Distance – 12km from Tavare Park, Harrietville
Mt Feathertop via Razorback Trail to Hotham Heights (Diamantina Hut Carpark)
Distance – 11km
Time: 9hrs
Around the same time in 2015 was the last time I climbed up this mountain and I experienced the whole array of altitude sickness; nausea, blurry vision you name it, I suffered and I was just hoping it wouldn’t happen again.

The day was as near to perfect as you could ask for. A brisk six degrees but for me that is perfect trail walking weather. Starting at the Tavare Park in Harrietville, I made my way up Bungalow Spur to The Summit of Mt Feathertop passing Federation Hut on the way.

The mountains from the Hut look like velvet so soft and welcoming and with not a cloud in the sky the sun shone all the way to the summit. Balancing on the ridge was easy this time around, last time I was battling over 60km/hr winds so with my mountain goat legs I reached The Summit and marveled at the world at my feet. No altitude sickness today.

Not content with reaching The Summit, I walked back in the direction of The Hut taking a left turn to walk along the Razorback to Mt Hotham, another 11km onto the journey. The low shrubs and snow gum woodlands are breathtaking; any hurt was quickly masked with the environments beauty. This place is spectacular.

Having reached Mt Hotham or the Diamantian Hut car park it was time to return to Harrietville. Not wanting to go back the same way, I descended via the Bon Accord spur – a super steep track that had my quads on fire yet again. The start of the track was steep, really steep and at times I felt like I was going to fall forward and with the plants overgrown, I was battling shrubs, sticks and bark being careful not to fall. This track seemed too never flatten off but with 5km to go, it got easier…!

After 9hrs and over 40km later, I was back in Harrietville ready for some dinner and a well earned beer at The Bright Brewery.

The beast that is Mt Bogong especially when the weather was a polar opposite to what it was on ground level. Sure there were more clouds in the sky but this didn’t at all prepare me for what I would be greeted with as I reached The Summit.

The Staircase spur trail is steep, passing through a forest of peppermint gums, snow gums and alpine scrub making the stairs just a little more bearable. With this climb you just need to keep going, someone described this climb as ‘another quad-crunching climb’.

On your way to the summit you pass the Gadsden Memorial cairn, which commemorates four walkers who perished in a blizzard in 1943. All I kept thinking was, this was a long time ago – clothing has changed a lot since then. Although the weather has not. The cloud cover rolls in fast and you need to be prepared as the temperature drops quickly and I think on this day, it dropped to around zero.

There are two ways down from The Summit back where you came from via the Staircase spur or via the Eskdale Spur. The plan was to take a different route back however the cloud cover was so low I couldn’t even see the Eskdale trail despite going looking for it. So back I went and gave the quads a good work out as I ran down the side of a mountain – this is what it feels like to be alive.

So with that, 3 mountains were conquered. I couldn’t have done this and still be able to drive home little own walk without the fuelling of:

Are you planning an epic adventure of hills and mountains?
Follow my blog with Bloglovin

Is it time for a change?
How NOT to recover