The title of the article (opinion) read: I used to look admiringly at runners in parks, but now they scare me. What did I expect when I started to read the body of the article; something that would rile me and get me wanting to preach from my soap box or as it turns out, something that I would agree with. Sometimes you just don’t know where a title of an article is going to take you.

‘To the left, to the left, every time you run, keep to the left’ hallelujah I am not the only one who thinks this. Not so long ago I was going to start a campaign on this very topic because I was over all the walkers and runners who vaguely meandered along footpaths and park paths with no care in the world, from left, right to centre honestly people, keep to the left, you drive on the left so walk/run on the left, it surely can’t be that hard can it?

This is a simple rule so why can’t we follow it? Now apparently (according to the article), it’s not the ‘boomers’ who think the rules don’t apply to them BUT the ‘running gangs’; they refuse to run in a single file, are lost in their own little worlds and don’t stick to the left. Hmm yes maybe some but not all…I could say the same about mums with prams but admittedly they are not going at the pace a runner is; if they did their lattes would spill!

I don’t need to be carrying a baby in a pouch nor do I need to be officially keeping a 1.5m social distance rule to be as annoyed when someone runs close or comes up fast behind me, no matter where we are in the world, this is not OK. Keep your distance, respect space and be considerate of others.

In the past I have almost dislocated my shoulder because I thought a group of runners coming towards me would fall back into single file but no, they did not budge and I was the one who almost came off second best because people do not follow simple path etiquette.  In addition, I have also almost ended up in a river because a mother’s stroller group, 3 a breast refused to move….and strangely not one apologised, if anything I was seen to be in the wrong because I did not heed for them.

But this article wasn’t just about which side is the right side to walk/run it was about COVID-19 and our rights to have access to the great outdoors namely our parks. If we can’t show that we can follow recommendations (rules), then our privileges will be taken away from us and for very good reason; this is about life and death.

As a runner, I learnt very quickly as the self-isolation and social distancing recommendations came into force, you do not go to your local park (in my case Albert Park and The Tan) anytime between 8am and 7pm because it seems EVERYONE suddenly has the same idea. I am not sure if it is because I am just noticing it more but these days more people seem to be using these areas for their morning walks, run and even worse a roving social coffee catch up. It seems we have all decided to social distance ourselves in the same place.

It was this realisation that I did what I said I wouldn’t do, I purchased a treadmill. During these unprecedented and crazy times my fix of nature for the short term has been replaced with the pounding of a treadmill belt but at least I am still moving. I’m still running and as I say, I’m leading by example by staying at home.

If COVID-19 is going to teach us anything; it’s hopefully going to have us more aware of each person’s personal space and as humans following simple rules, rules that aren’t being dictated to us in a controlling way but rules that are there for our own safety.

To read The Age article, 31 March 2020 in which this blog references; click here.

How to eat during the COVID-19 pandemic
What are your food essentials? 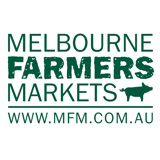